TUSCALOOSA, Alabama — Five University of Alabama administrators have been honored with Patriotic Employer awards from the National Committee for Employer Support of the Guard and Reserve or ESGR.
The honorees include Judy Bonner, John McGowan, Louis Pitschmann, Teri Terry and Ashley Ewing. 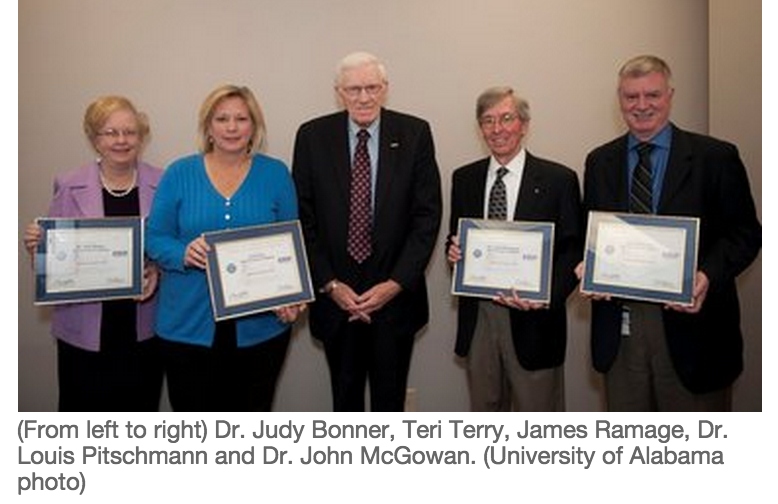 The awards were recently presented by ESGR volunteer James Ramage. The recipients were nominated by Bob Fabien Zinga, a former UA employee, in recognition of their support for his military service while he worked at UA.

Bonner is executive vice president and provost at UA. McGowan is vice provost for information technology. Pitschmann is dean of UA libraries. Terry is director of techology and testing. Ewing is an information and security officer.
Zinga is a lieutenant in the U.S. Navy and currently serves as director of cybersecurity and privacy for the Defense Language Institute in Monterey, Calif., according to UA.